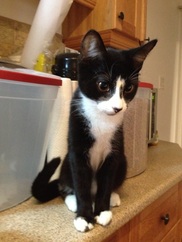 Moe was one of 5 kittens born to a feral mom who gave birth the day after she was rescued. He has found his forever home with a wonderful family in Longueuil. 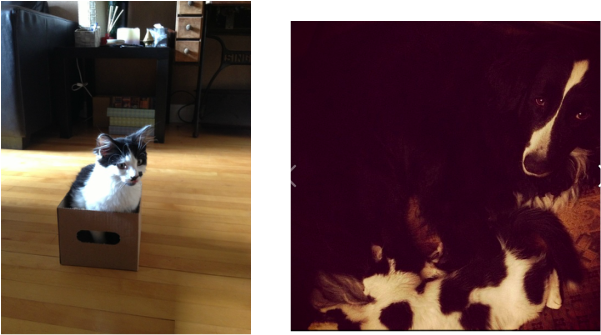 
Oreo, previously known as Paul is a sibling of Peter and Mary. He found his forever home with an amazing family in NDG. He is now best friends with his 10 year old owner and a retired Mira dog. 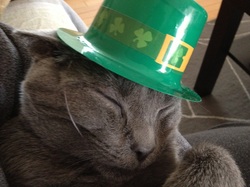 
Marvin, who's name used to be Rupert, was adopted by a woman in Vaudreuil. He's a party animal that loves to cuddle.

Pitch and Tosh grew up as White Belly and Poopey Face. She was affectionately name as her foster parents thought the black spot on her nose was poop. Their mom didn't feed them so they were bottle fed for the first 6 weeks of their lives.
They have now found a forever home and don't have a care in the world.

Peter was adopted by another wonderful family and introduced to another cat!
Here are some words from the family " Just to let you know that Peter is doing great. He felt at home right away and everybody is in love with him.He's such a cool cat! Always purring!"


Larry was adopted by the same family that took Peter! Larry is now in the couple's second home and best friends with their other cat, Sushi

Lola-previously known as Mary, was adopted by a couple who's kitty had recently died. She was given the name Lola since she has turned into quite the show girl!

Sawyer is a happy fun loving who loves attention which is great because he does have special requirements. He's FIV positive which means that he needs a nutritious and balanced diet as well as vet visits every 6 months. Learn more about FIV here.
For a video starring Sawyer, click here